or, I’m really appreciating how safe Mister Rogers’ Neighborhood made me feel

or, Questlove was right about the onions 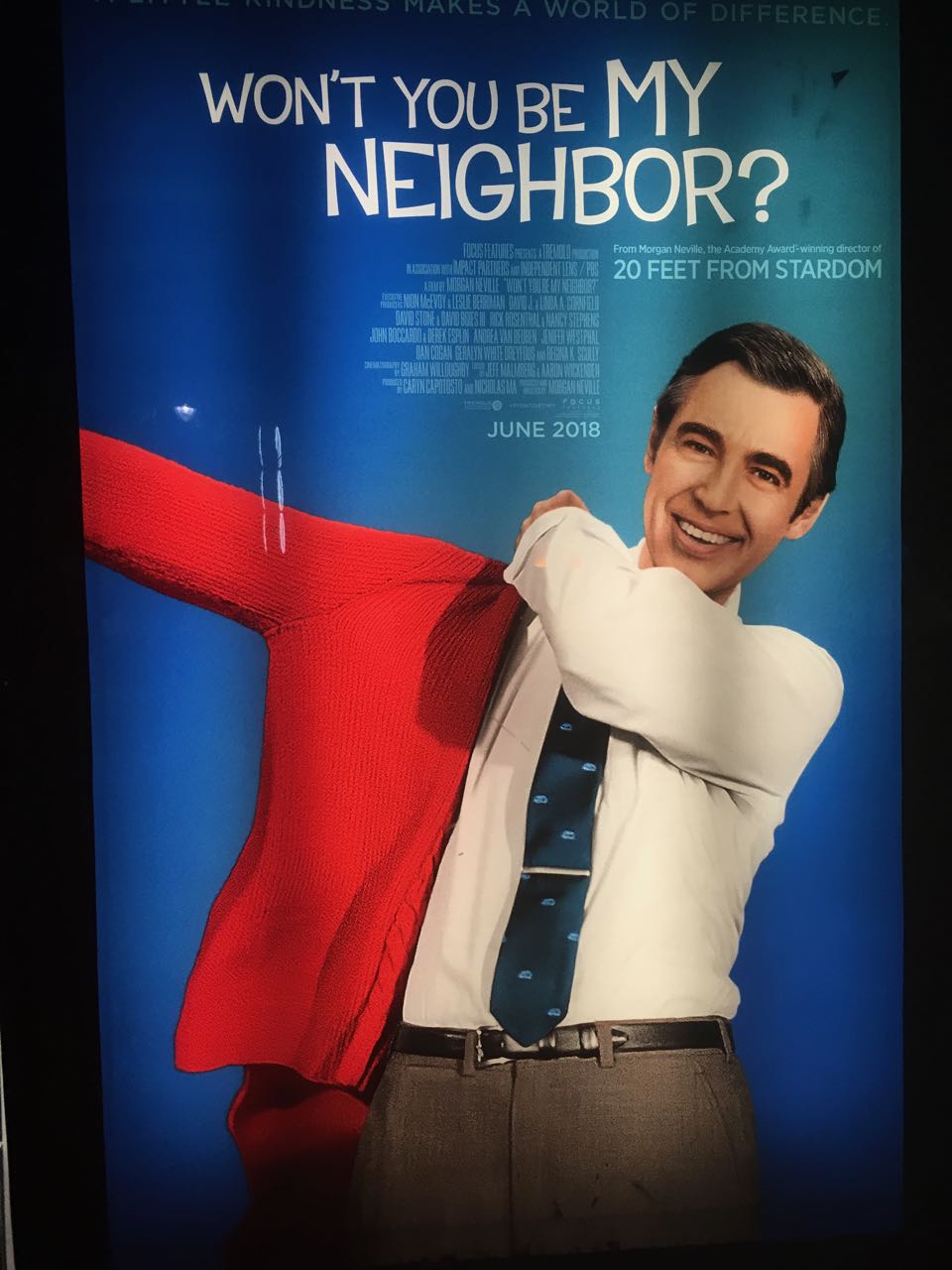 When I was a little girl I had this recurring dream that I was in the Neighborhood of Make-Believe, and Trolley was coming through the tunnel onto the track that went around King Friday’s castle. But everything was dark instead of light and colorful, and a hulking shadow form of a witch hovered over the tunnel entrance, threatening the land. I would wake up terrified, looking around the dark bedroom for the witch, hearing Trolley’s distinctive ding-ding fading into the void.

Years later I told my mom about this dream, and she said I must have been picking up on the strife that had been going on between her and her parents at the time. (My grandparents were not too thrilled about their daughter returning from California penniless and with a half black baby born out of wedlock. Oh, yeah. Some old-fashioned Dickensian terminology is appropriate here.) I don’t know if that’s what the nightmares were about, as I was blissfully unaware of the familial drama at four years old. I wonder instead if I knew we were going to have to leave the nice little house we were living in, because the owners raised the rent, and my mom lost her job, and we had to move into a cheaper place, incongruous in an affluent neighborhood, a big house broken into five apartments, and our new apartment, tiny and leaning and cramped, was the place we would live in for the next eleven years and in which my mother would slowly go a little mad.

I went to see the Mr. Rogers documentary, Won’t You Be My Neighbor?, in the movie theater last Friday night, and wow, I was hit hard by realizing how much that show contributed to my feeling of safety and fun as a child. So much about me makes sense now. My love of jazzy piano music, my writing office full of stuffies that are an ad-hoc mimic of all the characters inhabiting the Neighborhood of Make-Believe. When I heard the trolley bell, sitting in that dark theater, talk about a Pavlovian response. I was immediately transported to our little house, sitting cross-legged on the living room floor while my mom made dinner in the kitchen, eagerly awaiting the antics of that crazy King Friday, cute li’l Henrietta Pussycat and X the Owl, cantankerous Lady Elaine, and of course, sweet Daniel Tiger. Knowing it was playtime.

Mr. Rogers was my first father figure. It makes sense. Him coming in the front door, changing out of his business coat and Oxfords and into his Keds and a zip-up sweater, was like a dad coming from work to sit and spend some time with me. It’s why the minute I made enough money to buy a new pair of brand name shoes, I went to the local shoe store and got me a pair of Keds. (Although it wasn’t until several years later, when a friend of mine posted a Mr. Rogers clip on Facebook, that it clicked.) It’s why I always have three cardigans in my closet, which my mom never understood— “Huh. You really do like sweaters.” I sure do. I put one on and I feel cozy, and protected, and imbued with a little of that calm secure masculine energy I need to face the day. It also explains one of my types of men I was attracted to growing up: kind, soft-spoken, clean-cut, preppy guys. 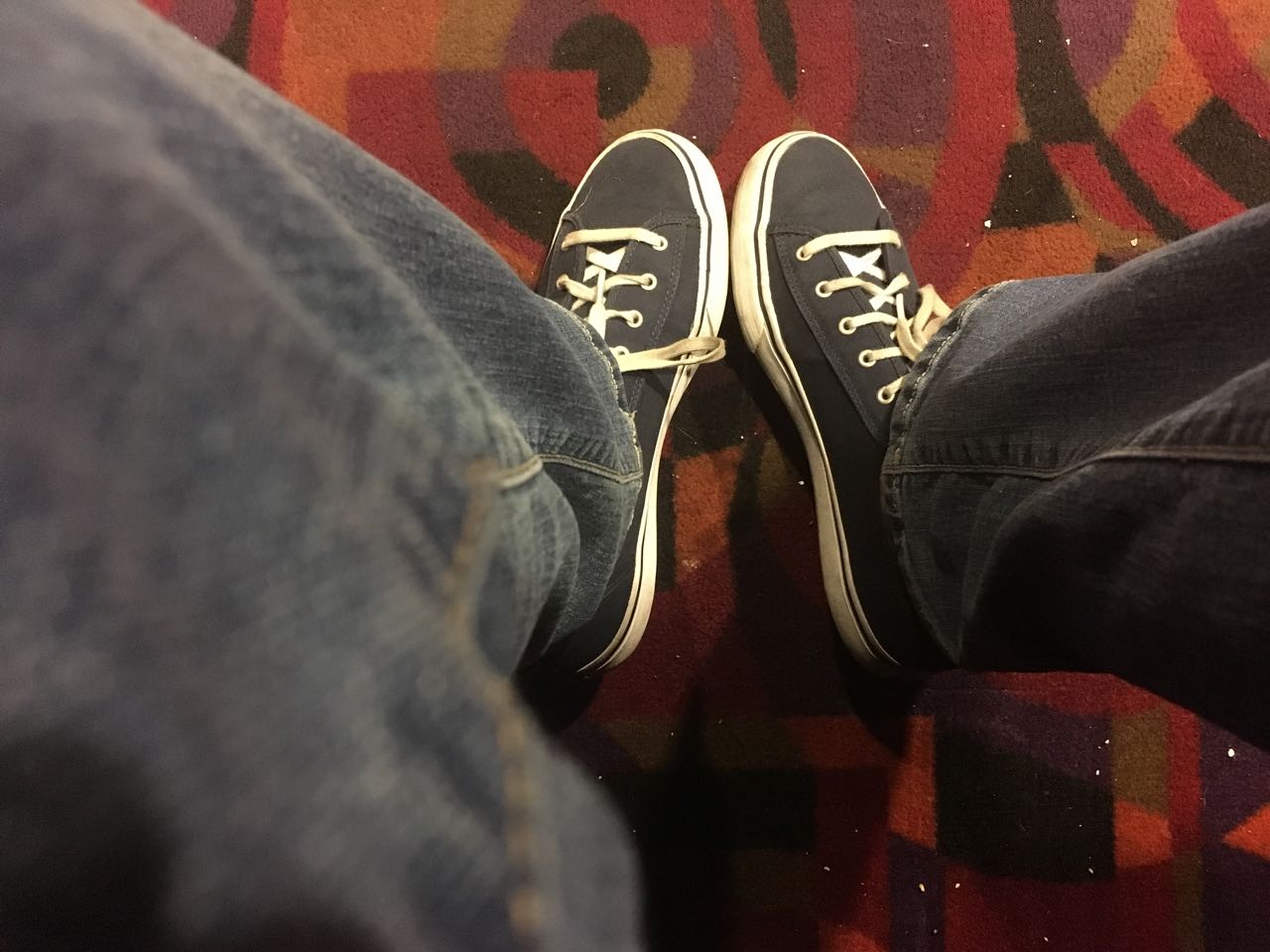 In my mother’s later years, when she started suffering from the condition that would ultimately be her downfall, and would be home from work on short term disability, she would watch Mister Rogers Neighborhood on PBS. She’d call me on the phone and tell me what happened in that day’s episode. Turned out my mom needed a father figure, too.

Now, both my father figure and my mother are gone. After seeing the movie (and yes, lots of snuffling was happening in that theater, and it was not just me) I drove home from downtown in the dark with tears streaming down my cheeks. Filled with that loss pushing out of my chest and neck. Wishing I could go back to that time in my life, when my mom was still young and active, when I was still innocent and playful, and stay there forever. Stay forever in the time before I would ever know how scarring bullying could be, and how long heartache can last, and way, way before my mom would ever ever die.

That is one of the things Fred Rogers explored on his show, the process of grief. That sometimes bad things happen. People go away. And that makes us feel sad.

Feeling glad will come back round again.

After all, I got three pairs of Keds. Five cardigans. All those stuffies in my office. And the memories of the Neighborhood of Make-Believe.